Shazam the can: Island Records brewing up innovation

Record label Island Records invented a Shazam-able can that links to several Spotify playlists with, of course, Island Record artists. Their Session IPA picked up the Best Innovation award at the prestigious Beer Marketing Awards 2016, and in 2017 won the Best Can at the World Beverage Innovation Awards and Can of the Year (gold medal) at the Canmaker Awards.

The iconic record label Island Records, working with artists from Bob Marley to U2, recently expanded their operations into a very different domain – craft beer. In an industry that is constantly innovating, Island Records teamed up with craft brewer and music lover Robin Pearson (SoundWaves Brewing) and Two Tribes Brewing, co-owned by former DJ & producer Justin Deighton, to create an IPA session beer in a Shazam-able can.

The hops from idea to beer

So, how does a musical powerhouse become a giant in the brewing world? Glenn Cooper, senior Marketing Director at Island Records, explains how the project began. “It was the summer of 2014. Our insight team had done a lot of research and came back and said that they felt that the brand was one of the few record labels that had the ability to resonate beyond music and tell a much broader story. Now it just so happened that an old friend of mine, Robin Pearson, a home brewer, brought some beers for me to try on my birthday. A long night of chat led me to ask the question. ‘Would you be interested in making a beer for Island Records?’ Within 24 hours he’d emailed me a whole concept with a theme tied around flavours that he felt resonated with Island Records’ Jamaican heritage.” 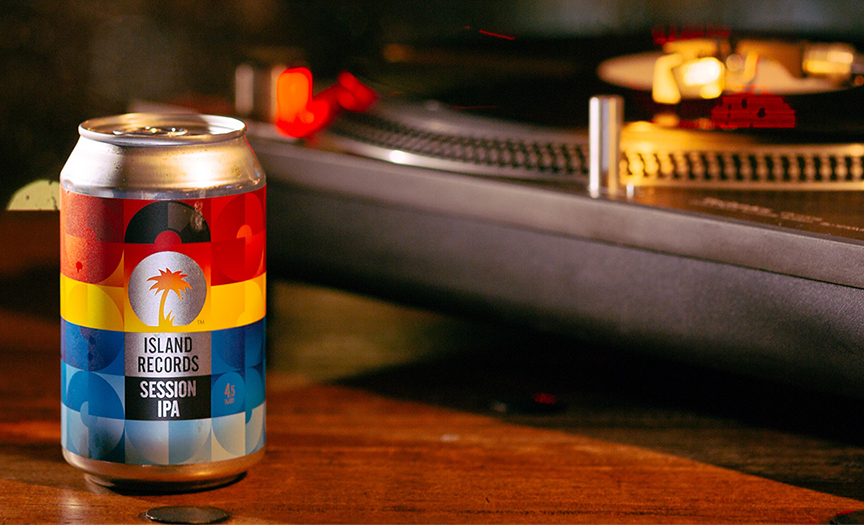 The next step was to get the President of Island to approve. Glenn asked whether he would be interested in doing a limited run of 500 bottles (created at cost) as Christmas gifts for the artists, managers, Apple and Spotify contacts, etc. By all accounts, the beer went over extraordinarily well with those who received them as gifts. But of equal importance was the fact that some of the excess beer – Island Records only used 300 of the 600 litres brewed - had been sold under Island Records branding within just three days.

It was only a couple of weeks later, when Rob sent him comments from the beer-reviewing site Untappd, that Glenn truly understood the commercial potential for a line of beers.

Dedicated to encouraging the crossover between music and beer, Glenn wanted the beer to be a gateway to the music and artists. He takes up the story: “Shazam has over a billion uploads of their app globally, and obviously the majority of people who use Shazam are passionate music fans. They told us about their new visual Shazam product that let people use their Shazam app on outdoor posters or press ads and how it would again take them directly to a website page. We worked with them closely to integrate their technology into the can design and created the world's first Shazam-able can. Now if you Shazam the can, you’ll be taken to one of 5 – 2 more have been added since the launch – mood playlists to accompany your drinking experience.” 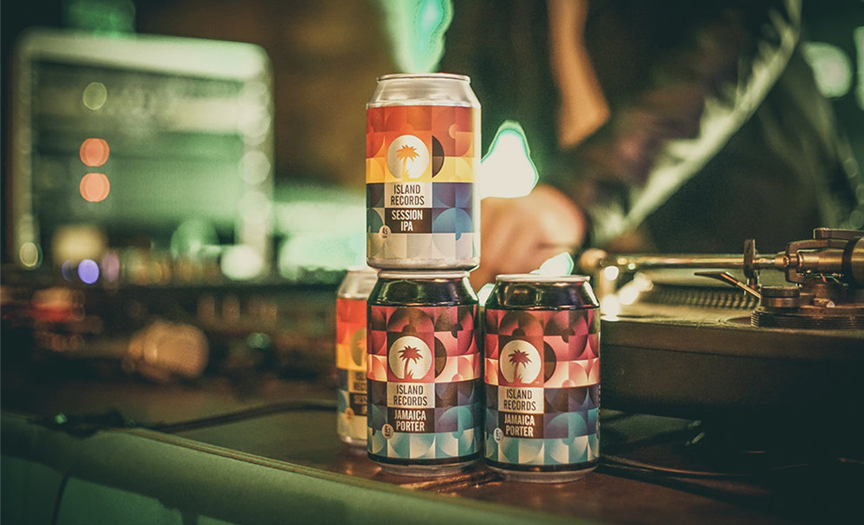 It’s not just a gimmick

Awards include Best Innovation Award at the Beer Marketing Awards, the Best Can at the World Beverage Innovation Awards in 2017 and Can of the Year (gold medal) at the Canmaker Awards.

Island Records is justifiably very proud of the recognition their beers have received, but what means the most to them is the general reception. Glenn says, “my favourite insight piece, and there’s been quite a few examples, are when I get people who post reviews and say I really didn’t expect to like this, and who thought it was just a gimmick or a brand extension, but the beer is actually amazing.”

While the music may initially draw customers to the beer, now the beer is bringing more attention back to Island Records. Via their Shazam playlists, they have got more streams on Spotify for their artists, and now are even being approached to involve the beverages in numerous promotional opportunities.

“The president loves the fact that there’s conversation on social media about the Island Records brand. Our artists love it too. There have been very, very few negatives; in fact,” says Glenn, “I can't think of any.  The halo effect for the business is a really good one and if I can achieve our ambitions of taking the brand around the world it can only add value to the broader Island Records story.”

Island Records now have three beers available, and are constantly looking towards expansion. After recouping their initial investment, Glenn has big goals for the beer, as he wants it to end up being a million pound (€ 1,13 million)/year global business. He acknowledges that to be a lofty ambition, but believes it can happen.

Shazam is an app known for its ability to identify songs you hear on the go, but they have recently expanded to include a visual element as well that links directly to Spotify playlists. By integrating the technology into their beer can design, consumers, via the camera icon within Shazam, are taken directly to the Island Records Spotify profile with 64,000 followers and three premiere playlists to enjoy with your beer.